When one of the Inner Circle goes missing, Reeva intensifies security in their compound, but realizes that her plans may have already been exposed. Furious and paranoid, Reeva resorts to violence. Meanwhile, Caitlin and Reed consider using the serum to restrict Lauren's use of her powers, hoping it will help her as she wrestles with nightmares about the Inner Circle and her ancestors. And it's the battle of two extreme ideologies when the Morlocks and the Purifiers come face-to-face in battle. 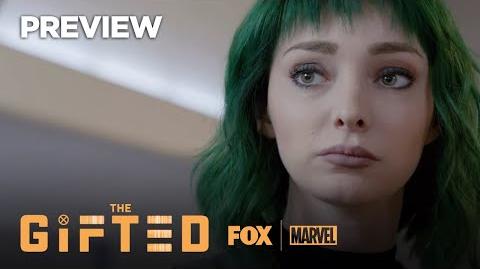 Retrieved from "https://thegifted.fandom.com/wiki/Calamity?oldid=21112"
Community content is available under CC-BY-SA unless otherwise noted.